Sydney, also known as The Harbour City, with its representative opera house is a must-go destination for those visiting the Down Under.

You probably know that it is the most populated city in Australia but we believe that even if you are a local, you were not aware of the following 20 fun facts and surprising trivia questions!

Do you Prefer Sydney or Albion?

Can you imagine if the city had been called Albion instead of Sydney? Captain Arthur Phillip initially thought of this name. He finally chose Sydney in honour of Lord Sydney, who at the time was the British Home Secretary. Interestingly, this prominent politician never set foot on Australian soil!

Albion, the alternative name for the island of Britain, was still used for a street with a remarkable number of heritage-listed buildings and stretching from Elizabeth Street to Flinders.

Turn Off the Lights on Your Way Out!

The Sydney Opera House, in its eighteen thousand square metres, has seven concert halls, three restaurants, a café and bars.

The team in charge of maintaining this structure lighted is not likely to get much rest since they change about 15,500 light bulbs every year - that’s a whopping 300 a week!

No Maccas in the Blue Mountains

Just over an hour’s drive from Sydney, there is the Blue Mountains area, which was declared a UNESCO World Heritage Site in 2000. The name of this national park is due to a fine oil mist that emanates from the leaves of the eucalyptus forests creating a blue hue from afar.

Its extensive network of trails receives up to 4 million visitors annually. The New South Wales Police count an average of 130 walkers who get lost or need rescuing, don’t worry, most are found within 24 hours.

Residents have fought several successful campaigns to keep fast-food chains like McDonald’s and KFC out of the Blue Mountains.

With over 40% of its population born abroad, Sydney is one of the most multicultural cities in the world.

About 4 out of 10 residents speak a language other than English at home, mainly Mandarin, Thai and Cantonese.

The most common ancestors are English, Chinese, Irish, Scottish, Italian, Indian and Lebanese.

Between the 1940s and the 1980s, crime and corruption were so prevalent that Sydney earned the nickname of Sin City.

Criminal organisations flourished thanks to the financing of illegal street gambling, narcotics traffickers or illegal casinos; the lower part of Sydney such as Darlinghurst, Kings Cross, Surrey Hills, and Chippendale, among others, was where the strongholds of organised crime were centred.

The tentacles of corruption came to spread and infiltrate the highest levels of politics, the legal system and the justice system.

Fortunately, this part of history is a thing of the past and has a place only in books or museums.

An Apple Born in Sydney

The Smith family had an orchard and specialised in seedling apples. Maria, Granny Smith, had a new type of apples growing in their farm, which appeared to be a mutation from the rests of some French crab apples.

Maria passed away in 1870, but her new apples were not recognised as a commercial variety and named after her until 1890.

Located just 5km south of the CBD, Beaconsfield is the tiniest suburb in Sydney, with an area of only 0.2 km². It has a mixture of industrial and residential zones and, in the 2016 census, it had just under 1,000 residents recorded.

Opened in 1981, the Tower of Sydney is an iconic part of the city skyline. At 309 metres high, it is the tallest building in New South Wales.

If you do not want to take one of the three double-deck lifts, you will have to climb the 1504 sets of emergency stairs; but do not worry, thanks to its striking design, the tower can withstand earthquakes and extreme wind conditions.

The locals nicknamed the Sydney Harbour Bridge “The Coat Hanger”. This iconic piece of civil engineering in the city’s landscape is the world’s largest steel arch bridge, totalling 1,149 metres.

Surprisingly, on hot days, the metal structure expands and can change the height by about 18 centimetres without compromising the bridge.

And yes, if you are thinking of proposing to your partner, you can do it while you are visiting it, but know that more than 5,000 couples and have done it before you!

No wonder that as Sydney was a colony for convicts and criminals exiled from England and Ireland, there was crime and rivalry among its settlers

Factors like the prohibition of prostitution and the sale of cocaine through legalised outlets such as pharmacies and the closure of public bars and hotels at six o’clock caused the emergence of violence.

The peak was between the 1920s and early 1930s, where two extremely violent rival gangs each led by two women, Tilly Deviney Kate Leigh, controlled the underworld.

A mere 700 meters from Central Station, in Chippendale, you will find the Regent Street train station. In its last years of operations, it was used for the consignment of horses and as a parcel dispatch.

The original purpose of this protected Gothic building though was the funeral service to transport funeral mourners and visitors to Rookwood Necropolis. Once the city cemeteries became increasingly crowded, transportation to more remote burial plots was required. This solution was in operation for over 80 years until 1930.

Many think Port Jackson, also known as Sydney Harbour, is one of the best natural harbours in the world. With depths ranging from 9 to almost 50 metres and extending over 50 square kilometres, it is home to nearly 600 species of fish.

Sydney thus, has access to a large harbour area, a natural playground with multiple mooring facilities for sailing and water sports.

The Harbour Ferries of Sydney have been in operation since 1875. With almost 150 years of service, this means of transport is a central part of life in this city. A trip on one of these ferries allows appreciating the beauty of Sydney from an optimal point.

Built in 1966 at Blackwattle Bay, the Sydney Fish Market is the biggest in the Southern Hemisphere and the third in the world after the Toyosu Market in Tokyo and La Nueva Viga Market in Mexico City. It receives more than 3 million visits per year

Sydney is at a similar latitude to Cape Town in South Africa, Buenos Aires and Montevideo in Argentina, and Santiago in Chile. In Australia, Perth, Adelaide and Canberra are also relatively close.

The Oldest Street in Australia

The path that meanders from The Rocks to Central Station is considered Australia’s oldest street. The origin of George St. goes back to the settlement of Captain Arthur Phillip. It was a trail that ran from the prison camp, through the navy barracks, to a brick pit.

As was the English custom at the time, it was initially known as the High Street and formally named in 1810 for King George III.

Typically found within a radius of 100 kilometres from the capital of NSW, you can find the Sydney Funnel Web Spider.

Equipped with fangs powerful enough to bite through gloves or shoes, it is one of the most dangerous spider species on Earth. Its lethal venom causes severe effects on the nervous system and, if left untreated, is capable of causing death in humans within 15 minutes.

Invented in Sydney, the cardiac pacemaker, was awarded by Australian Geographic as one of the top ten Australian inventions that changed the world.

This electrical device was first used successfully in 1926 at Crown Street Women’s Hospital, saving the life of a newborn baby with heart failure.

However, for ethical reasons related to unnaturally prolonging life, its inventor, Dr Lidwill, never patented the device and avoided recognition.

The inauguration of The Sydney Harbour Bridge was in 1932, but the opening ceremony didn’t go smoothly.

The New Guard was not happy with the decision of having the bridge opened by the then NSW Premier instead of a member of the Royal Family.

Consequently, Frank de Groot, a senior New Guard member, rode on horseback wielding a sword and cut the ceremonial ribbon before the Premier could do it. He did it while shouting “In the name of the decent and loyal citizens of New South Wales, I declare this bridge open!”. 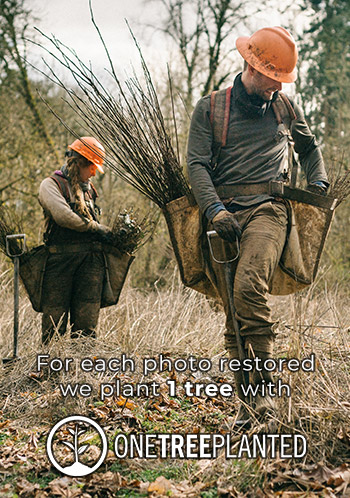 The 5 Most Visited Real Movie Locations Around The World

It is possible to visit real movie locations and see them with your eyes and touch them with your hands. Here is our selection of 5 of the most visited movie spots from around the world.

Melbourne is a historical treasure trove of interesting events, people, and architecture. Here are a few fascinating facts, and pictures of this fabulous coastal city.

Brisbane has changed dramatically throughout its history and holds tons of fascinating secrets that you might not be aware of.

Explore 15 fascinating trivia questions and fun facts that seem unreal but are true about photography. It will make you think about how far photography has come!